I am absolutely delighted to have reached the finals of the BBC Young Traditional Musician of the Year 2016. The semi final was great fun with a lovely bunch of folk, I think the judges must have had a tough decision. You can read more about the competition and the other finalists here

The final will take place on the last night of Celtic Connections – January 31st in Glasgow City Halls, tickets will be on sale soon from their website. David from Radio Orkney phoned me up to chat about the competition, you can have a listen here. I have a lot of practise to fit in between now and January but I am really looking forward to the rest of the competition. 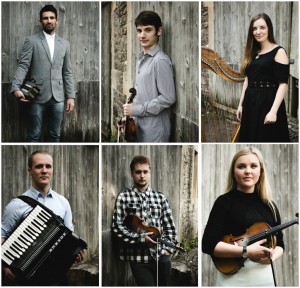 I am really looking forward to attending the Mod next week where I will be shadowing the clarsach adjudicators and hopefully picking up some judging tips. The Royal National Mod is in Oban this year and it will be the first time I have attended. Good luck to all those taking part in the competition.

Both myself and Esther Swift will be teaching at the Glasgow Branch of the Clarsach Society this Sunday 4th October. The meeting takes place in Partick Burgh Halls from 2.00 – 5.00. My tune is going to have a Halloween theme!

I am delighted to be one of the 12 semi finalists in the BBC Young Traditional Musician of the Year 2016. The semi final takes place this weekend in Coulter Hall, I’m really looking forward to it!

I have been busy recording some more videos and have posted them on YouTube, follow the links below to watch them. The latest batch features some of my favourite pop covers on the harp including Rather Be by Clean Bandit ft Jess Glynne and I Will Never Let You Down by Rita Ora. If you have any suggestions of songs to cover leave a comment and I will do my best!

I have recently been recording some videos of harp covers and posting them on YouTube. My arrangement of Fireflies by Owl City is the first one I have uploaded. I hope you enjoy it, feel free to leave a comment and subscribe to my channel!